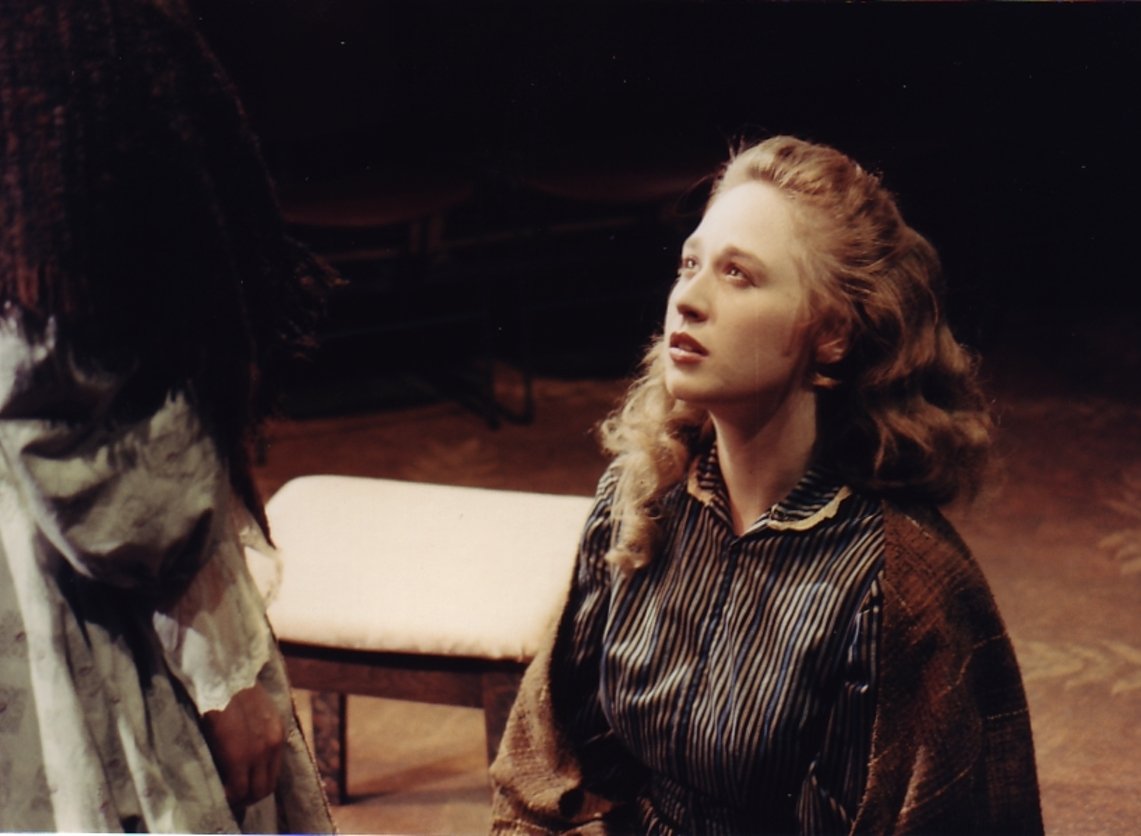 “Emmelyn is a wizard at breaking down a difficult subject and showing that it is truly useful. I so appreciated how she used the material in class to cultivate not only better understanding, but empathy for others.”
-Student Evaluation, The University of San Diego

“Emmelyn Thayer is one of the best teachers I have had – ever!  It is no wonder that UCSD Extension has such a great reputation for quality.”
-Intermediate Acting Student, UCSD Extension

“I was lucky enough to have Emmelyn as my professor for two different theatre classes. She truly goes the extra mile to make sure her students succeed. She pushes you to be better in a wonderful and positive way.”
-DRAM 268 Student, San Diego Mesa College

“I absolutely love Emmelyn! She is easily tied for first in my history of professors. My only regret is not taking more classes from her. Everything she has taught me is incredibly useful in the real world and I literally cannot thank her enough.”
-DRAM 105 Student, San Diego City College

“Emmelyn’s instruction has a profound effect on my work due to the nature of her observation and deductive insight. Her understanding reaches beyond an instructor and delves into professional practical application.”
–Student Evaluation, The University of San Diego

“Emmelyn Thayer is very passionate about acting, and very compassionate about people. Together, that is a wonderful combination that leads to a wonderfully memorable experience. I recommend to anyone to give yourself the gift of taking a course from her.”
-Student Evaluation, UCSD Extension

“It is [Thayer’s] considerable winsomeness that carries the show, right up to the end…”
-Eric D. Snider, The Daily Herald

“The patrician dignity of Thayer’s performance never wavers, and she is entirely believable as a mercurial aristocrat who can be the soul of warmth at one moment, cruel and snobbish the next.”
-Celia Baker, The Salt Lake Tribune

“Thayer, as Agnes, provides some excellent acting during the crisis times of the couple’s relationship, showing the audience a character whose emotions are boiling just below the surface.”
-Christine C. Babbit, Deseret News

“Thayer brings out the tenderness in Jo, while keeping her as ‘sturdy’ as Katharine Hepburn’s portrayal.”
-Genelle Pugmire, The Deseret News

Thayer, one of BYU’s most graceful beauties, has her comic timing down to a science.”
-Eric D. Snider, ericdsnider.com

Receive updates from Emmelyn by filling out the form below!